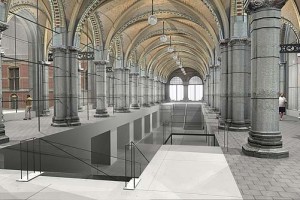 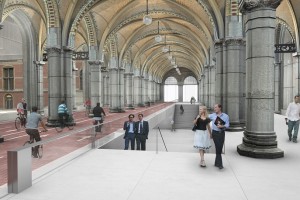 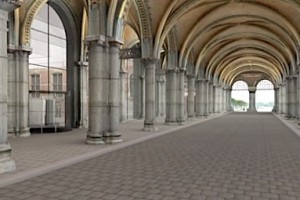 To Bike or not to Bike

It ‘s hard to avoid in any story about Amsterdam: the bike. So it seemed only logical to me that my first contribution to Presstletter.com should revolve around the preferred Dutch vehicle o especially since it plays a major role in the reconstruction of one of Amsterdam ‘s (and even the Netherlands ‘) biggest attractions, the Rijksmuseum.

Home to paintings like Rembrandt ‘s Night Watch, the museum that was built in 1883 closed most of its doors in 2003. What started was a reality soap starring Spanish architects Cruz & Ortiz o in charge of the Ôé¼ 322 million renovation o the Amsterdam City Council, a city district council, the Amsterdam branch of the Dutch Cyclists ‘ Union, the museum director and . . . the bike.

The original building by Dutch architect P.J.H. Cuypers featured two entrances on each side of a public passageway used heavily by Amsterdam ‘s cyclists. That was, until renovation started. After closing the thoroughfare, Cruz & Ortiz planned to replace the former passageway with the museum ‘s new entrance, to be reached by a monumental staircase. The chairman of the local city district wasn ‘t involved in the architects ‘ plans and didn ‘t like the design; he wanted the staircase moved so it wouldn ‘t hinder cyclists once the museum would reopen. The Amsterdam branch of the Dutch Cyclists ‘ Union backed him up. Under pressure, the architects altered their design proposal and relocated the entrance to two glass side walls of the passageway.

Enter museum director Wim Pijbes, who wanted to shut off the passageway for all vehicles o and for good reason. He doesn ‘t want any traffic incidents around the main entrance of his museum, and the stakes would be high with an estimated two million visitors per year. What ‘s more, according to Pijbes cyclists won ‘t object since they ‘ve become used to making a detour around the museum for almost 10 years now.

In early July, the city council decided to keep the passageway open for cyclists, but not for scooters once the museum reopens (scheduled for 2013). For safety reasons there will also be a division between the bike lane and the pedestrian zone that leads to the main entrance. Cameras will monitor the situation. After half a year, traffic safety will be evaluated. So the soap will continue.

And the architects? According to an article in the June/July issue of Mark magazine, they can ‘t help but smile.